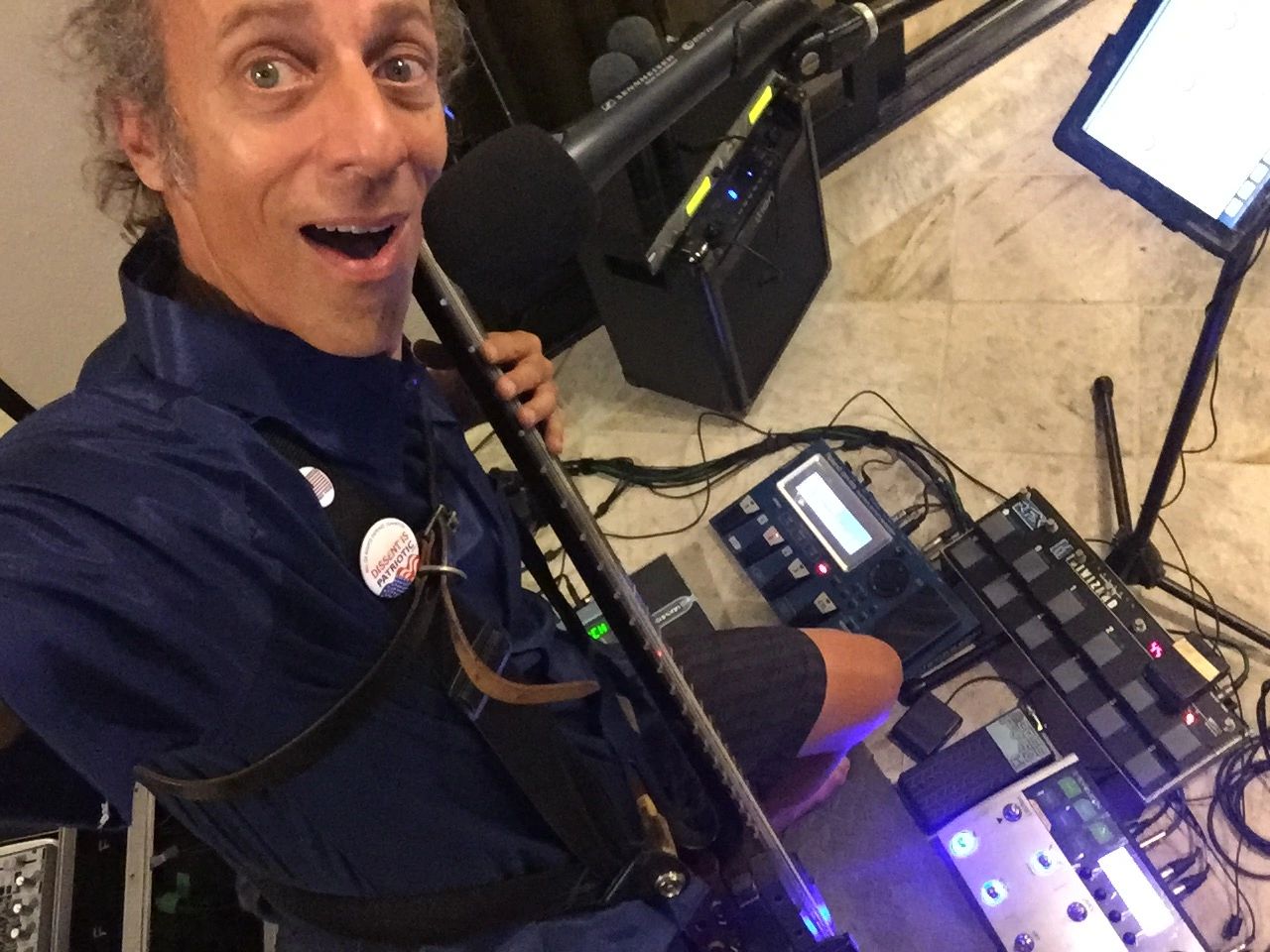 Joe Conti was born in New Jersey on Christmas, 1957. His father played mandolin and both brothers play guitar and drums. After early lessons on piano, Joe started playing the electric bass in 1974. In 1976, he first heard Emmett Chapman performing on his instrument- invention, the Stick, at a small club in L.A.

While living in Maui a few years back, I was able to go to attend a Racquetball clinic with my son Andrew.  It was put on by Fran Davis who is one of the top instructors in the sport, working with several #1 players in the world and the current #2 male and #1 female.   It was a great 2 hour clinic and I purchased Fran's book "Championship Racquetball".

I started thinking about the similarities between racquetball and music and I’ve noticed is the correlation between racquetball (sports)  and music on many levels.  There has to be a combination of executing good technique and strategy/ideas.  One can have a great idea about what shot to hit or what notes/chords to play,  but is it appropriate for the situation?

But even if the strategy or the idea is good, which can be subjective, one must have the technique to get the ball/fingers there.  Good technique will help with consistency in executing the strategy and ideas.

I notice playing music and racquetball both require attention in the moment, and to keep refocusing that attention while the music plays, and while the ball is in play.  My favorite similarity? - they both involve PLAYING!

Performing music for an audience or even just 2 musicians jamming can be (and hopefully is) a sharing of art and spirit. Playing racquetball (or sports in general ) is a competition and a game, a communion of different elements. Many would argue that watching a Michael Jordan was like also like watching an artist or art in motion.

Here are some more observations:

There is a similar camaraderie with a band and a sports team,  with mutual support and working as a unit to achieve shared goals.

Practice:  Most talented musicians and athletes I know put many hours of practice into their craft.  Musicians at some point along the way practice scales, chords, songs, posing in the mirror (huh?), reading, techniques, etc..    A racquetball player has to have command of his "instrument"( racket ) and be able to serve, return serve, hit ceiling balls,  pass/pinch and down the line shots etc., and practices different techniques to improve and be consistent.

Some people have more "natural talent" in sports and music, but any talent can be augmented with good practice.   (Although bad practicing habits would not help, but hinder the musician or the athlete!)

Another commonality at times is analysis.   Some musicians audio record and critique their work in a solo or band setting. Racquetball players sometimes study video of their technique and play to improve, spot weaknesses and confirm good strategy and technique. Or they can study their opponents tendencies, and like in a band, a doubles team might use video to improve their collective play as a team. Having a producer for an artist is like having a coach in sports. They can hear or see things that the player is not aware of.

Instinct plays a part in both.  I believe instinct happens more in jazz than in classical music.  One thing I love about music is reacting and adding to what is going in the moment. Hearing musicians react,  intensify, leave space, and interact in the moment, form second to second is pretty cool!

In racquetball, if my opponent is in the back left court, I want my shot to end up in the front right. The decision to attempt that shot can happen really quickly, and I try to react and process what to do and then to execute that strategy.  I am drawn to the constant split second analysis of what is going on and then the immediate decision and reaction to respond to each event.

And so, there is a parallel of what most would consider appropriate in any moment in a rally or tune. That being said,  Miles Davis pushed the envelope that some purists did not dig.  Too bad for them!   I sometimes throw in a crazy lick, idea, sound or a wild shot, and we have all seen the pros “get tricky” from time to time.  Impulses get the best of me occasionally!

Intensity and calmness:    Everyone can see and hear the power playing and finesse in racquetball and music.

I've known a few guitarists that start on "10" and get louder,  and some racquetballers that hit every shot as hard as they can.  That usually doesn't work out too good.  So I suggest that a soft touch in both is not only be effective, but it is appropriate and called for at times, often in the same rally or song.

I also notice that for me they are both exhilarating, and really fun for me. I look forward to playing both…but I never getting paid for playing Racquetball

Much like a meditation, we can loose track of time doing them and forget about the past and the future and focus on the “now”. Bringing attention to this 2 or 3 seconds, and then the next 2 or 3……

Let me know your thoughts and I hope to see you on the court or at a gig!